Here you’ll find the latest additions.  Comments are welcome at the bottom of each post.

RidgeRadio Archive … here you can find some of the Sessions you may have missed … just added the Pranks Session with Christina Myers from the 2nd of April … some great prank stories, as well as some really interesting online aspects of the Ottawa Occupation and the people working against it that you never heard about in the news … and of course I had to write a song about it !

SESSIONS … every Saturday at 2:00 pm Pacific time … musicians, writers, and storytellers in session with Wayne.

ROSSLAND TALKING TOURS … every Sunday at 2:00 pm Pacific time … voices from Rossland’s past, going all the way back to folks who came here in the 1890s … from the Jack McDonald Collection, as well as from Wayne’s own collection.  Coming up over the next few weeks we’ll have

<> Falaise Lake Tunnel … In 1971 Jack and his tape recorder accompanied a group of men into the drainage tunnel which drained the mines down to the 800 foot level … no one had been below the 300 foot level since Cominco shut the mines down in the 1920s.

<> Mt Roberts … In 1968 Jack took his tape recorder to the top of Mount Roberts and spoke of the geology of his view as he turned 160 degrees … he happened to capture a blast at the mine, which was still operating at the time and left behind the Pits on the west side of Red Mt

CAMPFIRE SONGS … every Monday at 2 pm Pacific time … Wayne plays some old time songs, one voice and one guitar, live and unplugged, and then an old time radio play.  This Monday we’ll have Gunsmoke

I go on-air at 1:45 pm with pre-recorded music so you can tune in a little early to catch the beginning of the show, which starts promptly at 2:00 pm.  When I’m on-air you can tune in here : RidgeRadio Player

Just added to the Rossland Tallking Tours page … Songs Of Rossland, a collection of songs about Rossland and it’s people

Just added to Events on the Rossland Talking Tours page : The Killing of Mah Lin … in 1900 Ernest Chenoweth, an eight year old Rossland boy, became, and remains to this day, the youngest person in Canada ever tried for a capital crime in the murder of Mah Lin.  His half brother Roy Stephens, whose gun was used in the murder, remained in Rossland for the rest of his life and made his fortune leasing the War Eagle mine when Cominco leased their properties out after they stopped operating them.

Warren Crowe has been added to the Rossland Talking Tours page under People.  Warren came to Rossland in 1899, and Mount Crowe is named after him … he tells how that came to be, as well as memories of the horse races on Columbia, and many other stories of growing up in Rossland.

Also … Alice Martin came to Rossland on the 4th of July 1897 at the age of 18 months … she talks about some of her recollections, including the Louie Blue family, the miners strike of 1901, and Valley House.  Here’s the link to the page, scroll down and look under People

Another new addition to the Rossland Talking Tours page, under Places.  Booty Griffiths tells stories of rescues on Old Glory.

And also, under Places, Norman Brewster gives a really interesting look at the history of Freedomites (Sons Of Freedom) in the West Kootenay, including the Freedomite Dormitory in New Denver.

Just added to the Live and Unplugged project … Elizabth Cotten’s Freight Train, perhaps the most famous train song of all.  These are songs from the Sessions broadcasts and the Campfire Songs broadcasts … Wayne playing live, one guitar and one vocal, unedited.  You can find it on the RidgeRadio Sessions Archive page.  The direct link is here :  Live and Unplugged 2022

Corky Evans, from the Word Of Mouth festival.  Corky talks about his friend Bob Cunningham (2005) and the history of logging in the Slocan Valley from the very beginning, how the valley went from 17 sawmills and 38 logging companies to 1 (2008)

Barry Gray, also from the Word Of Mouth festival, with stories of John Kirkup from his time in Rossland (2006).  And also Barry’s story Down From The Mountains (2008).

Carolyn McTaggart, also from Word Of Mouth, with the story of Jenny Wren and the Christmas To Remember (2005).  Also stories of John Kirkup from his time before Rossland (2006).  And also her story Runaway (2008).

I’m looking for information on these two photos.  I know nothing about them.  The landscape in the first one looks like it could be Christina Lake, although the landscape would fit anywhere in the Kootenays.  I’m told the architecture is very typical of buildings throughout BC that were originally built as hospitals. If they look at all familiar, please email me. 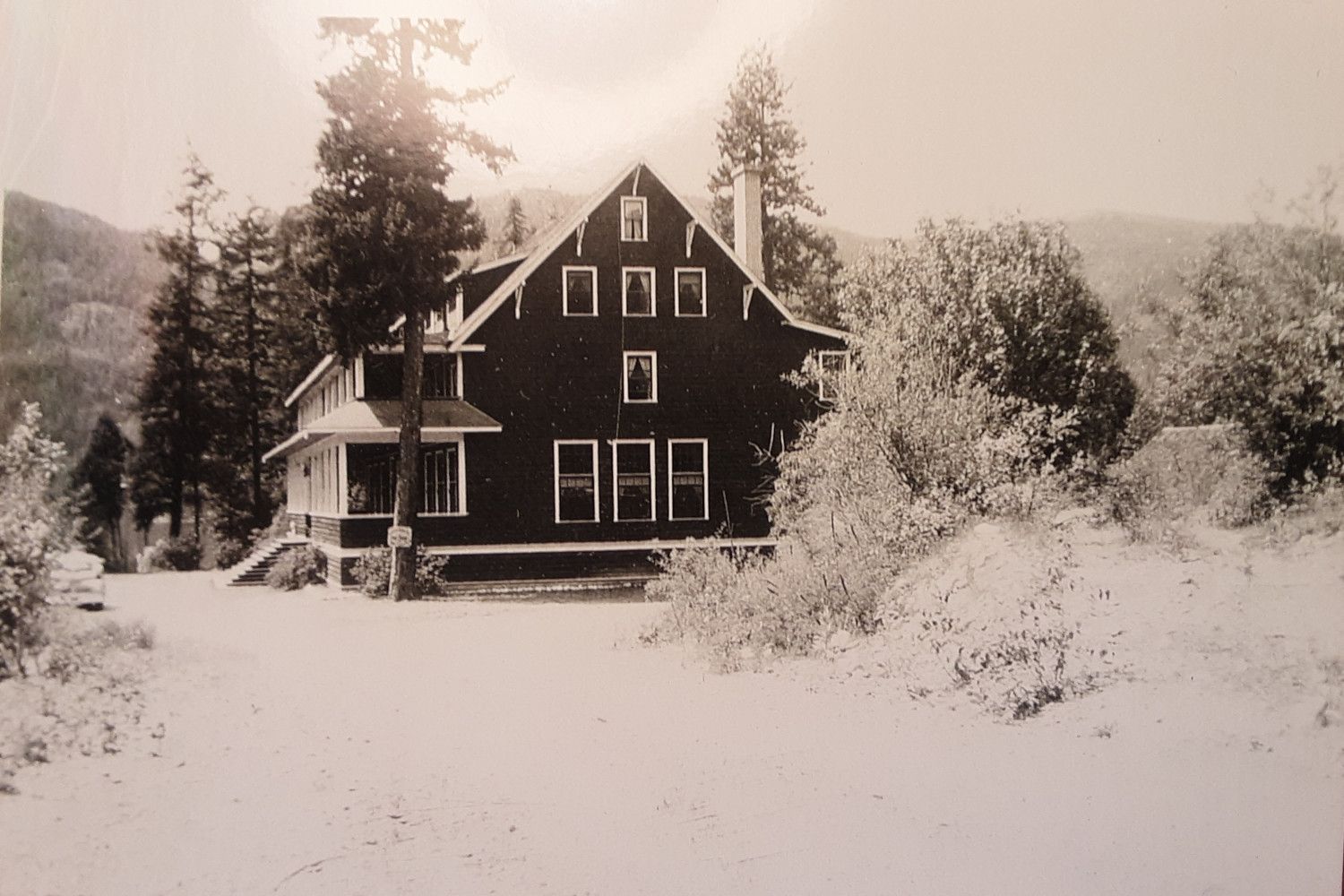 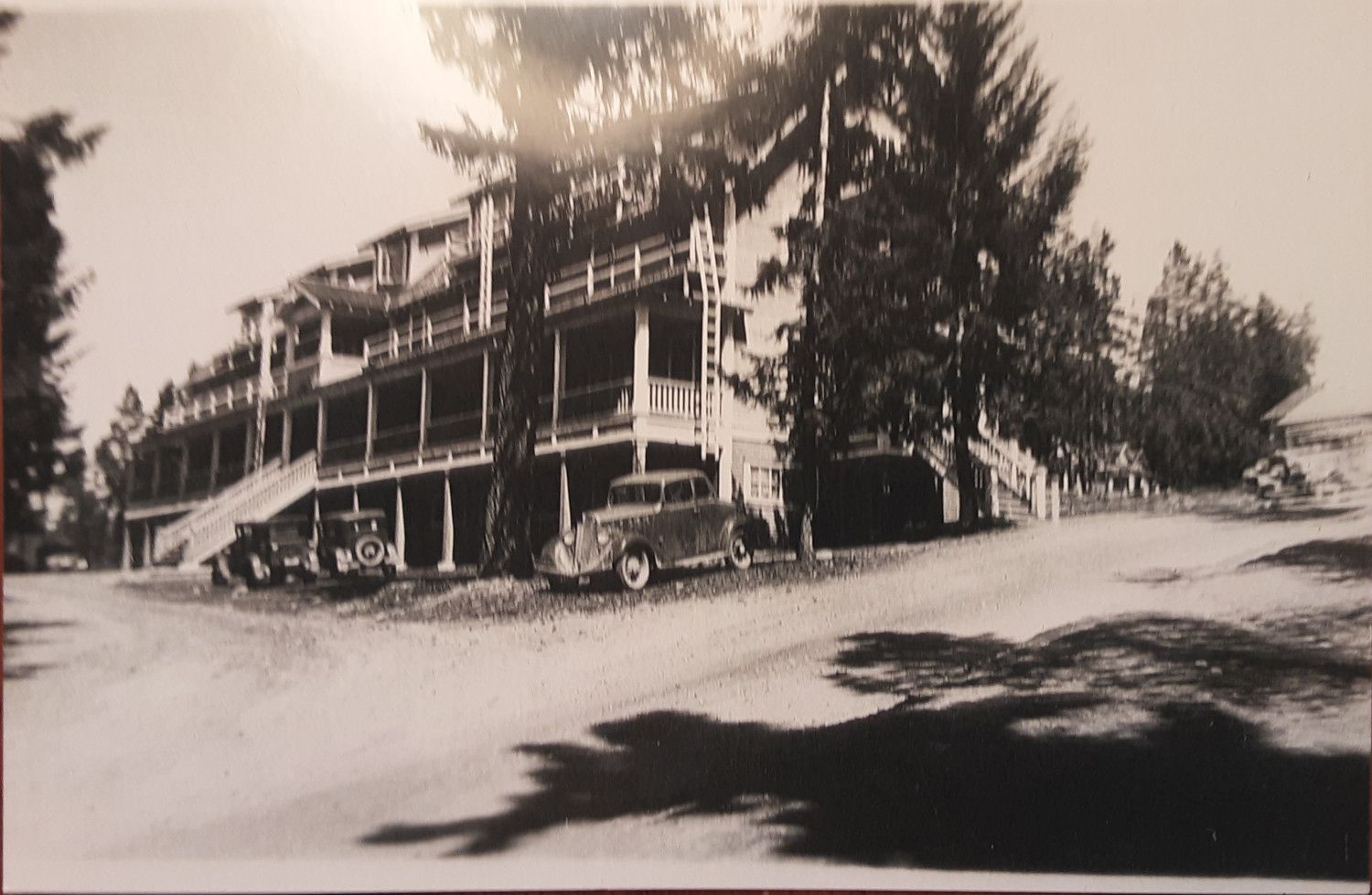 The latest addition to the Rossland Talking Tours page.  Recorded and filmed live on stage at the Miners Hall in Rossland BC on the 3rd of January 2004.  Booty Griffiths tells the story of The Jeldness Tea Party and Wayne plays the song.  Here’s the direct link :

To Hell and Back 2

Gary Little will be back with the sequel to his book To Hell and Back.  You can hear the session for his first book here :

To Hell and Back 1

The second annual live Christmas Day concert can now be found on the Yuletide page.  My musical guests were Roelof Helberg, Gabe Mann, and Jack McDonald.  My spoken word guests, with some great Christmas stories, were Edward Davies from Rossland, Christina Myers from Vancouver, Gary Little from Vancouver, Ivo Cargnelli from Halfmoon Bay, and my wife Irene.  And I’m looking for stories for the concert next Christmas Day, so if anyone has a story please contact me !